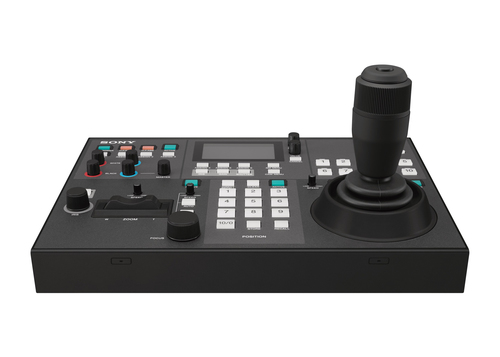 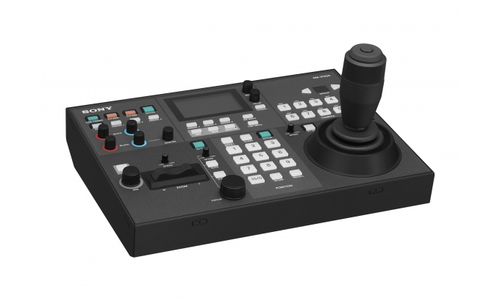 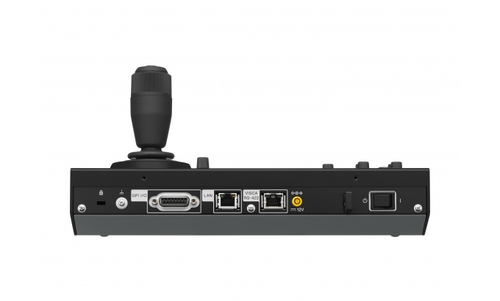 The RM-IP500 simplifies the building of cost-effective multi-camera content creation systems with a wide range of applications - from live events to conference halls, broadcast studios, education institutes and houses of worship.

PTZ speed can be adjusted from slow to fast for more polished, professional-looking results. Up to 100*¹ combinations of camera angles and settings can be stored as presets. Trace Memory*¹ allows a sequence of camera moves to be stored and recalled whenever required.

Up to 100 compatible Sony BRC or SRG Series PTZ remote cameras can be controlled over a standard IP network. Set-up's simple: the controller automatically assigns IP addresses to connected Sony PTZ cameras on the network, also assigning a camera number to each.

The RM-IP500 is an ideal partner for the Sony MCX-500 Multi-Camera Live Producer, creating a complete IP streaming and SD recording solution for a wide range of content production applications.

*¹ Depends on camera specification. Version up might be required.
*² China models.

High-quality control of PTZ functions
It's easy to achieve professional looking productions, with joystick adjustment of pan and tilt, plus zoom control either via joystick or a separate seesaw lever. Adjustable speed control of PTZ allows smooth, acurate camera movements.

Control up to 100 BRC or SRG cameras via IP
The remote controller allows control of pan, tilt, zoom and other functions of up to 100 Sony BRC or SRG Series PTZ cameras over an IP network.

Trace Memory *
A sequence of camera moves can be stored for instant recall whenever required. Simple store trace memory function without using Camera Menu will be also available from Version 2.0 for BRC-X1000/BRC-H800 Version 2.0.

Store and recall camera presets
Up to 100** presets (camera angles and settings) can be stored recalled instantly via the numeric keypad, saving time in multiple camera set-ups. 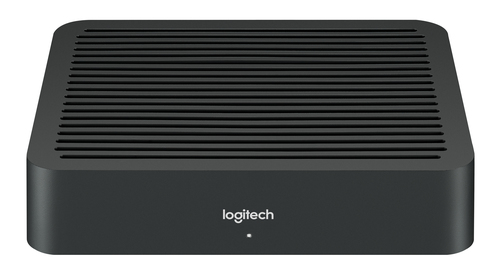 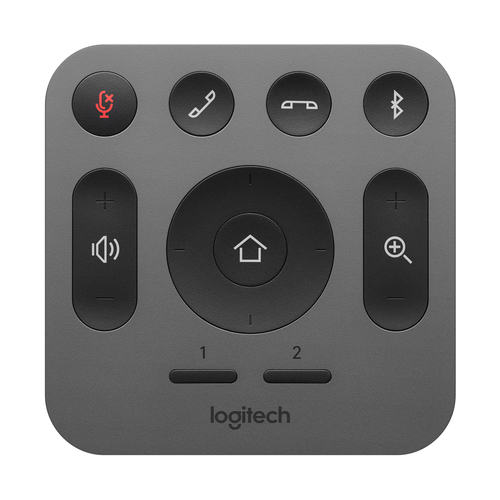 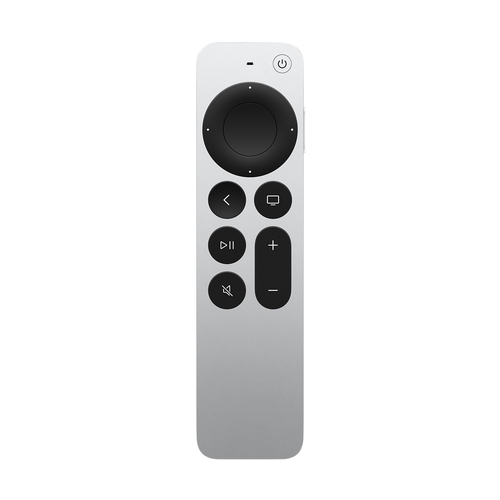 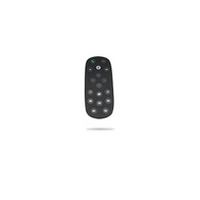 We use cookies and similar tools to enhance your shopping experience. By clicking "Accept" you agree to this.